To elicit a set of issues or ideas from a group, record them on hexagons and combine them into a small number of clusters as input to further work. A further step if a whole systems approach is needed is to relate the clusters into one system called an influence diagram.

The Hexagon Mapping method described here is a standalone process for reviewing a complex issue, and is structured into five stages:

Method A: Conversational
Method B: Silent

There are several H3Uni methods that involve generating individual contributions from members of the group which then need to be combined into a small number of ideas for the next stage of that method.  The methods have their own approach to Stages 1, 4, and 5, but can all use the hexagon capture and clustering process of Stages 2 and 3.  This process is appropriate for taking around 20-30 stickies and combining them into clusters of around 3-7. 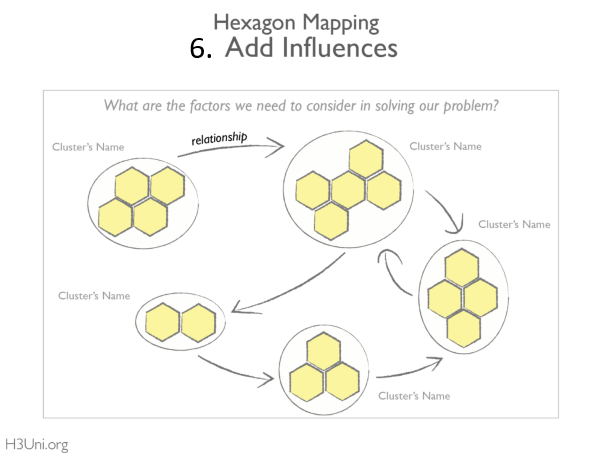 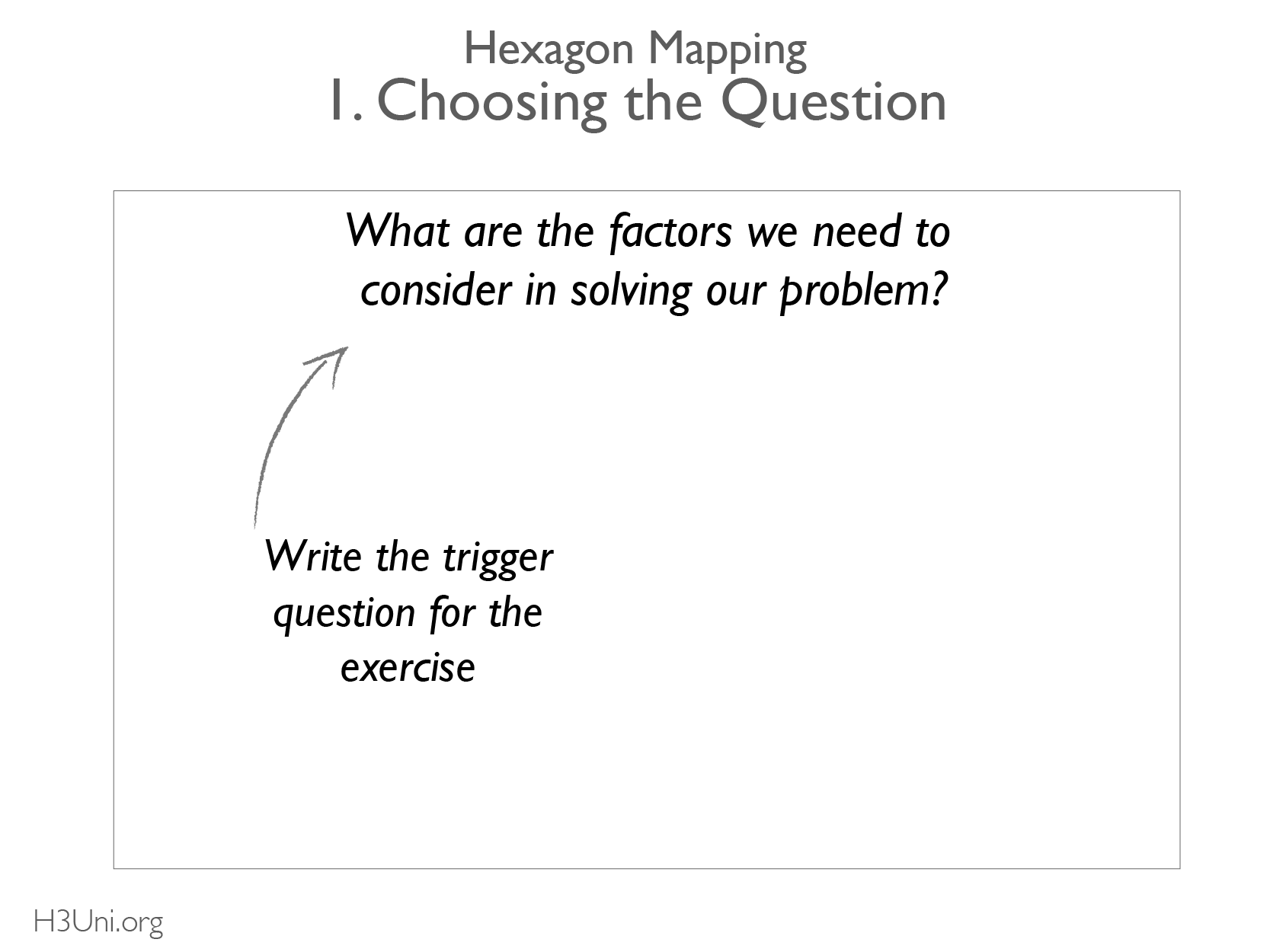 This step is designed such that the question is NOT the direct problem or task that a concern for the group. This topic needs to be clearly understood by the group but then the question aims to ‘get underneath’ the problem, so try to unpick a next level of considerations that determines the task or problem space. This prevents people from jumping to premature conclusions and leaves more space or different individual views and contributions to meld together at the clustering stage.  This tactic is important if the group is to develop its own shared mental model.

An example question is “What are the factors we need to take into account in working towards a solution to our problem?”

Time for individual reflection, however brief, is important so that everyone is prepared for participation. Rushing in to collecting ideas will distract people from getting clear about what their own priority views might be. This is especially important where the task has a creative requirement because space is needed for fresh thoughts to emerge. Prioritization is important to go beyond the stage of simply a brain dump to some reflective judgement about what is important for the rest of the group to take into account. If the task is creative, then this step is more like sorting the wheat from the chaff. 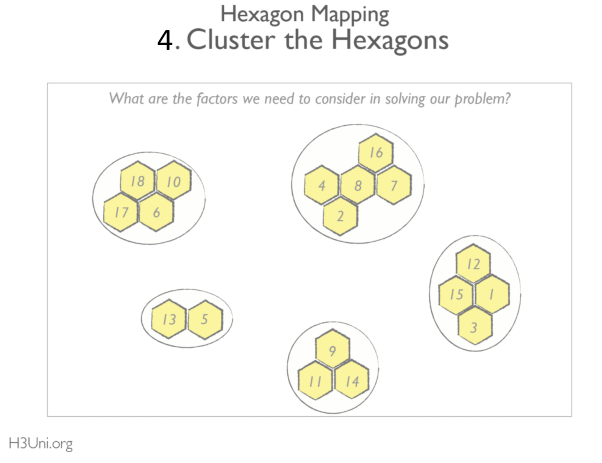 This is a similar process to Method A except that it is carried out in this way:

Where sufficient time is available and also if the task requires a thorough approach, then Method A is preferred. This gives the facilitator more scope to challenge the meaning and quality of what is being done and keep referring back to the purpose of the overall exercise. More care can be taken with avoiding simple classification groupings and with juxtaposing hexagons in a way that brings out a more systmic connection.

Where time is short and the exercise is more one of sketching some kind of quick shared understanding (quickly getting the picture) then Method B is often the best. The clustering process, even done by several people concurrently and done without discussion, is remarkable in how it can elicit common understanding of the pattern of issues that have come up from the group. 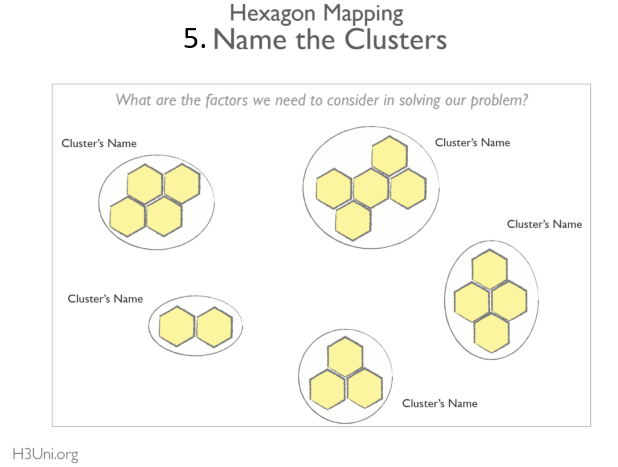 The key facilitator question here is “what makes this cluster an interesting topic for our overall task?”

The facilitator invites the group to identify major influences or connections between the decision areas and depicts them as arrows. Discussion is deepened by considering the mutual impact of changes in one cluster with conditions in cluster.

The key facilitator question here is “Where is there a strong relationship of influence of one cluster on another?”

If the hexagon clustering is taking place in the context of, say, a project for transformative innovation, then a further exercise is to test the completed diagram by inquiring into where the group think the intervention points might be that have leverage: the biggest transformative impact for the least effort. Quite often these are not in the obvious place and work by transmitting effects around the influence arrows in a particular pathway. 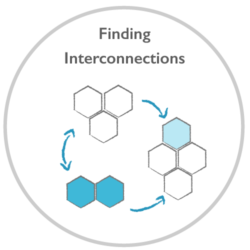