An exploration of the cosmic significance of humanity based on the natural philosophy of J.G. Bennett and drawing on multiple sources of science and spirituality.

Part 1 – Human Beings in the Universe

Imagine a university that was dedicated to studying the universe as a whole, not in specialised pieces creating conflicting worldviews. Since humans on this planet are a component of the universe that would mean also studying the nature of humans on the planet earth and the wider system of universe. In this extended programme Anthony Hodgson will share a vision and a narrative of a cosmic ecology he has developed over a lifetime of research, drawing on many dimensions of the subject including science, history, spirituality and the arts.

About the Cosmic Ecology Programme

As we increasingly discover that the Anthropocene Era is not just a scientific concept, but a stark reality of humans that they are now acting on the planet at a geological scale and are themselves being acted upon by the feedback from the planetary systems, a terrestrial ecology is no longer sufficient to account for our predicament. Many of us are driven to seek for deeper meaning and find that the different special interests from which different authorities try to tell us what is going on, are no longer adequate. We have been holistically alerted by the image of the blue planet, but we do not have an equivalent holistic narrative of the cosmos that satisfies science and soul.

In the first part the basic framing of a holistic concept of an intelligent universe will be described and the position of humanity in that context. It will integrate what we have learned from science and history with perspectives of dimensionality, levels of being and the complexities of energy transformation, concluding with a view of where we are in the planetary evolution. All this is supported by the introduction of new ways of thinking, reflecting and investigating ‘ordinary life’.

In the second part we will study the structure and nature of the human in the context of part one and the implications for practices of individual and cultural transformation. This draws on the tutor’s own study and practice of a range of self-development techniques from a range of spiritual traditions but emphasising their present and future relevance without their obscuring cultural accretions.

The programme is likely to challenge many prevalent belief systems and requires of the student their best capacity to suspend disbelief and make personal experiments in thinking, feeling and physicality. However, curiosity in the meaning and purpose of life, and especially the meaning of personal life, is the main prerequisite. 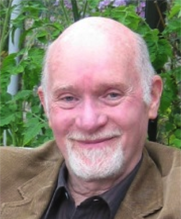 COSMIC ECOLOGY PART ONE – Human Beings in the Universe

1. From Terrestrial to Cosmic Ecology

Although ecology is now established as an essential planetary discipline, is it enough?

What if the Universe itself is intelligent and our limited beliefs have disconnected us just at the point where above all we need a higher level of integration? We need to extend our worldview through the three aspects of function, being and will.

2. Twelve Levels of the Universe of Observation

From the Hubble telescope to the electron microscope our view of the range of the stuff of the universe has dramatically expanded in the last fifty years. Yet these new facts are divorced from the meaning of what is out there. Reintroducing a modern view of levels of being provides a way of contemplating the vastness of the universe in one scheme.

3. The Qualities of Energy at Each Level

An evolving universe is doing work and this requires different qualities of energy for different universal levels. The energies of physics are an incomplete picture of the role of energies at every level. A different qualitative spectrum is needed without which we cannot understand transformation.

The universe is a greatly interconnected whole with immense diversity in these patterns of relationship. Understanding this requires a new kind of systems thinking that enables us to recognise the crucial cosmic patterns that shape existence and meaning. We have plenty of mathematics but little effective pattern language.

5. Reciprocal Maintenance and the Eight Cosmoses

The interconnections between qualities of energy go beyond just linkage but enable engines of transformations to take place between levels which can be seen as eight distinct but interlinked cosmoses each with is purpose in the grand scheme of the universe. This is the heart of cosmic ecology.

6 Transcending the Limitations of Space-time

The nature and complexity of the transformations does not fit within the deterministic models of space-time which are only a slice through a more complex reality. Intelligence, as the overcoming of hazard, need extending to six or seven dimensions in which explain processes which can accommodate purpose and value in the face of uncertainty. This introduces a deeper idea – the expanded present moment.

7. The Nature and Condition of Humanity

The this new worldview is now provides a context to re-examine the role of humanity on the planet, how it is succeeding and how it is failing, in a more complete way than simply a biological survival sense.

Perspectives beyond sustainability and regeneration are seen as crucial to the evolution of both humanity and the solar system as an sentient cosmic structure.

In this world view the origin of the cosmos as describe by a ‘big bang’ is simply a glimpse into a much bigger potential pattern of the universe that is unfolding from an implicate to an explicate order in a way that cannot be accounted for through mechanism alone. Syntropy balances entropy in this unfolding and this originates from ‘big thought’.

9. An Evolutionary History of Humanity

With the preceding steps in place the history of humans over the last 10 to 15 thousand years can be located in a series of epochs of around 2500 years. Each epoch introducing a guiding pattern for towards the evolution of a planetary civilization. Each pattern took that time span to be realised. This realisation has been partial and distorted at every stage due to inabilities of humans to appreciate their wider ecology and the emergent hazard. We are on the cusp of a further wave.

The Part 2 Course will be run in February/March 2022, so stay tuned for bookings being available later in 2021. You can attend Part 1 without attending Part 2 and vice versa.

Part 2 will place spiritual search and personal self-development in this wider context of cosmic ecology and communicate some practices on how to achieve a balanced work on oneself.

1. From Psychostatic to Psychokinetic Orientation

2. The Functional Structure of the Human

3. Being Human to be Human Being

5. Pathways of Spiritual Development – Past and Future

6. Synthesis - The Sevenfold Way of the Enneagram

7. Practice – Working with the Sevenfold Way

8. The Next Evolution of Humanity

The course is a journey of exploration of the cosmos and the place of humans in it. It is a kind of ‘Hero’s Journey’ in which you are invited to relax personal and cultural beliefs [Phase of Separation], explore new perspectives [Phase of Initiation] and reperceiving yourself and the world [Phase of Return].

Our vehicle for the journey is the spaceship of the mind, using the mind’s capacity to imagine worlds and visit unusual places. We need first of all to build this exploration vehicle. It has three main components.

My hope is that there are people who are looking for a worldview that faces the what Gurdjieff called ‘the terror of the situation’, and at the same time highlights the hopeful signs that we have the potential to choose a path in which our personal development and the planetary evolution are mutually supportive and deeply meaningful.

Dr Anthony Hodgson, co-founder of H3Uni and creator of the Cosmic Ecology programme

To register for the Course choose an appropriate option and complete booking on Eventbrite.

Note the fees are in two tiers to allow people to participate independent of their current incomes. There is also scope to donate above the set fee to contribute to the development of H3Uni and further programmes.

The course fees are inclusive of service charges.

Sign up to be the first to hear about our latest news:

Is there an entry requirement?

The only entry requirement is personal relevance to you. However, it is important that you read the pre-course briefing material you will receive on registration.

Is previous knowledge of H3Uni and the background publications necessary?

No. The main thing is your interest and motivation for understanding cosmic ecology. The course will provide you with supplementary materials. You will need a high level of English as the course is delivered using academic language.

Can I take single sessions?

No. This is an integrated course that progressively builds up.

Is it essential to use Zoom?

Yes, the course has it’s own Zoom room for visual facilitation of the group work and group interaction with the screen is necessary. You don’t need to set up your own account.

Do I get a certificate of participation?

Yes. H3Uni will issue a certificate on completion.

What level of time commitment is required?

The minimum requirement is attendance at all nine 2-hour sessions, and around 1 hour of study and practice between sessions.

What happens if I miss a session?

You can watch the recorded Zoom classes whenever suits you. The recordings and materials will be sent out within 24 hours of the live class.